To choose from : MARIACHI, GOLEM MECANIQUE 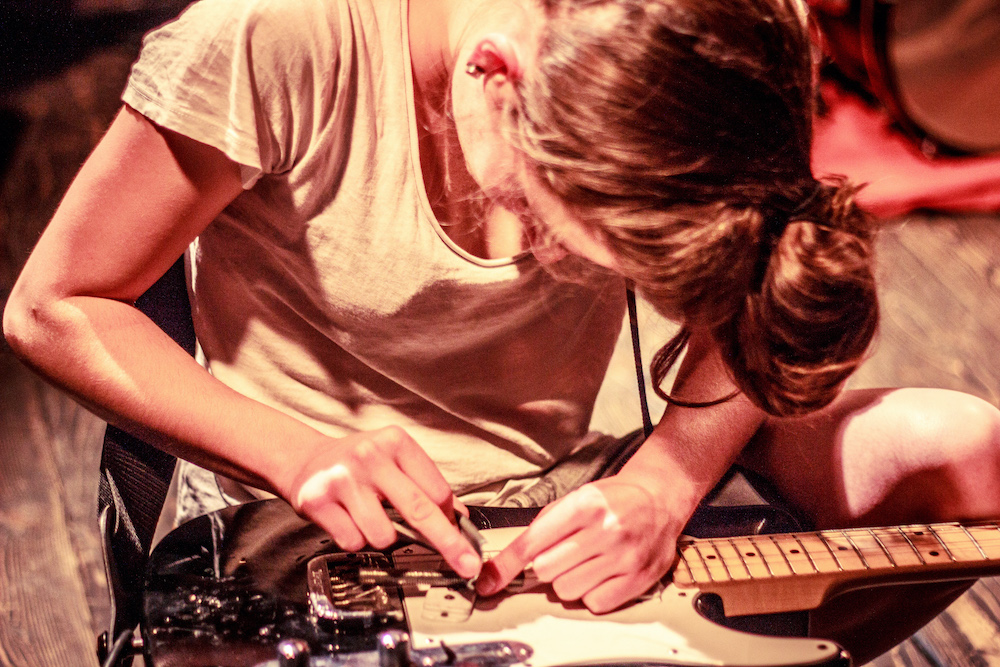 Nina Garcia offers an unparalleled sonic and meditative trance. Proof that it is still possible at 29 years old to revolutionize music without dislocating it, to fuse the different genres, and to keep the raging emotion and modesty intact. Crouching posture, guitar flat on her knees, there is magic in her playing from which emanates a stratospheric limbo charged with electric storms, reminiscent from afar of the historic post-rock Canadians of Godspeed you! Black Emperor. Escape from the comfortable, the déjà-ouï, invite the listener to take a step aside, to get out of his habits. There are bodies “set in vibration” – the instrumental body, the instrumentalist body, the bodies of the listeners – evoked by the musicologist Philippe Albèra elsewhere, in the German composer Helmut Lachenmann, “as if the music pierced an additional layer, and by revealing the noise part, the bodily part which is inside the sounds, revealed at the same time the hidden powers inside our feelings.” – Gauchebdo, Bertrand Tappolet 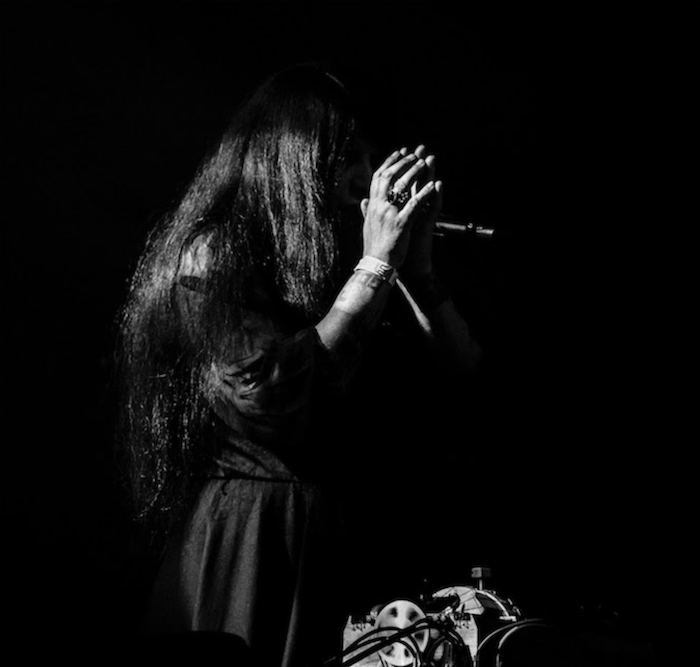 Golem Mecanique works on vocal and instrumental experimentation around the drone and the confusion of sounds. This experimentation aims to create a dense sound projection initiated by the leafing through of instrumental and vocal frequencies. A project anchored in an intimate and mystical, occult and contemplative world. A trilogy around a reinvented Ancient World, started with ‘Chant IV‘ (DSD records), then ‘Medea‘ (Standard in Fi), and ended with ‘Nona, decima et Morta‘ released in March 2020 on Stephane O’Malley‘s label Ideologic Organ, Mego Editions. We also recently saw Golem Mecanique opening for Sunn O))), invited by the band to the Gaîté Lyrique in 2020.