‘the story of moondog’

Who wants to grab the whiskers of this underappreciated genius composer, Moondog aka the Viking of Sixth Avenue? We want to tell you the story of his manifold body of work, in the form of a tribute concert, a street performance, or a passionate lecture. 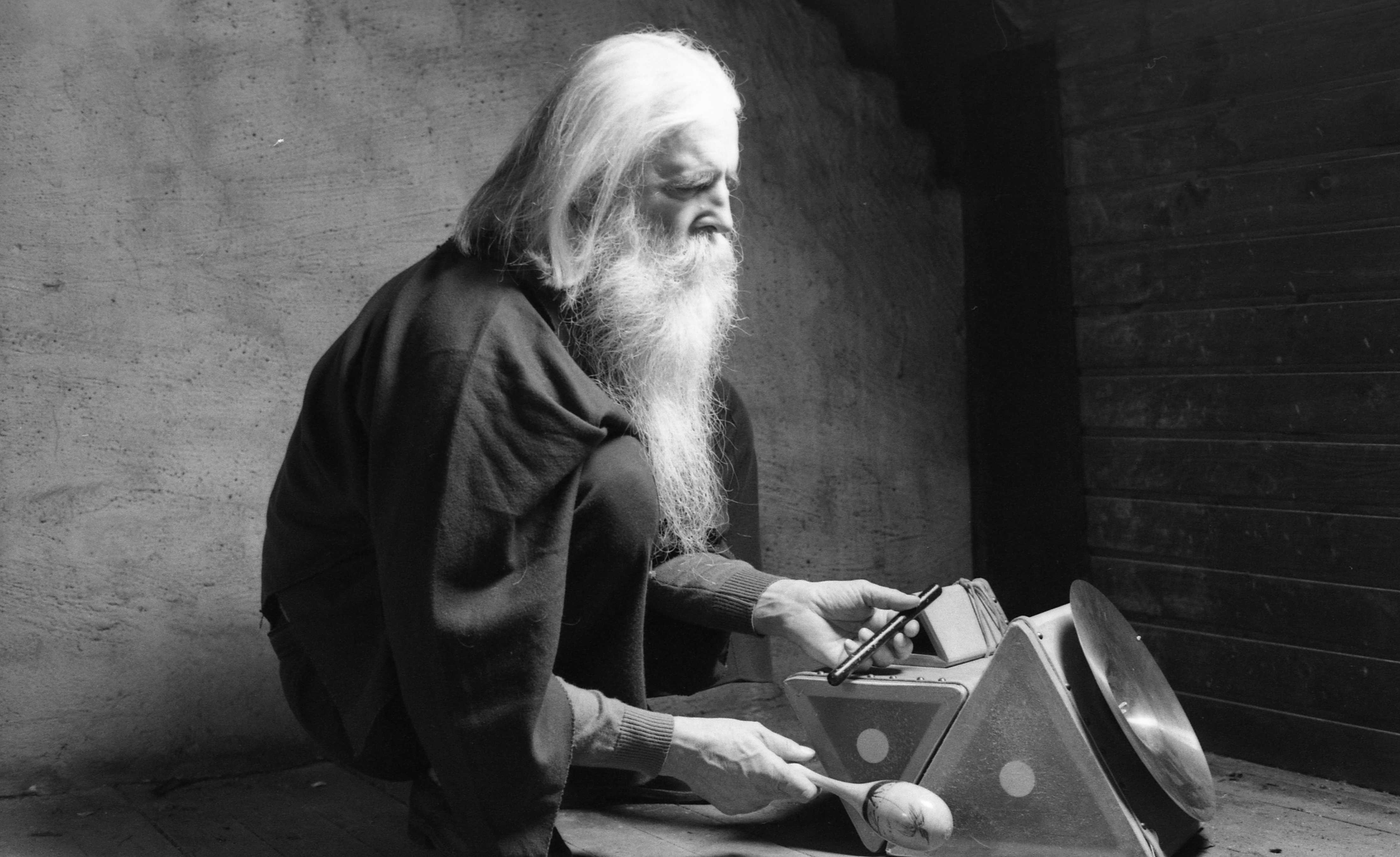 Minisym formed in Nantes, France in the Spring of 2013 by young Moondog’s specialist Amaury Cornut (writer of the French biography about « the Viking of the 6th Avenue », published by Le Mot et le Reste editions). Thanks to a singular instrumentarium (violin, viola, cello, but also eletric guitar, theorbe, hurdy gurdy and of course crazy drums) the five musicians offer a true panorama of Moondog’s unique music. The program called ‘From US to EU’ mixes periods (pieces composed between 1949 and 1994, and from the USA to Europe) and styles (classical, pop, avant-garde, almost-jazz). Sometimes rooted in a past without nostalgia, and animated by an almost cosmic modernity, the music of the composer uses contemporary urgency to serve the forgotten tradition, and the Ensemble Minisym sneaks into the remaining free spaces left by Moondog.

Released in the early 90s, produced by Andi Toma (Mouse on mars), ‘Elpmas‘ is a true concept-album using the woody sounds of marimbas, numerous field-recordings and borrowings from Japanese forms to draw an ode to nature and a manifesto against the mistreatment of aboriginal peoples. Twenty-five years later the message is still terribly topical. On the reverse side of the album’s title reads “sample” evoking the samples frequently used in electronic music. To shape the album, Moondog sampled note by note the entire ambitus of a marimba, used recordings of natural sound environments, used processing and other audio loops; all with the help of the “computer”. He believed that only this tool would be able to reproduce his complex and sinuous interlacing. So ‘Elpmas‘ only ever existed in the studio. The (re)reading proposed by Ensemble 0 conjures up on stage the organic warmth of real marimbas’ blades, the analogical tape of a revox for the diffusion of field-recordings, the voices of today mingling with the ghosts of yesterday to bring back to life a music borrowing as much from the canons of Johann Sebastian Bach as from the Amerindian Pow-Wows and electronic music.

• Création ‘MOONDOG ON THE STREETS’

New York City, winter 1949, for the first time strange percussion can be heard emanating from a porch along the Avenue of the Americas (51st Street) or from No. 2 West 46th Street. Later, at 425 West 57th Street, these unusual rhythms from improbable instruments accompany the sirens of boats moored to a foggy Hudson. At other times they mark a pause between two conversations held at the corner of 51st Street and 6th Avenue between onlookers and the author of these rhythms: Moondog. For almost twenty-five years, the man who was quickly nicknamed “the Viking of 6th Avenue” – because of his attachment to Manhattan and his extravagant look – accompanied the everyday life of New Yorkers by playing his music on his self-built percussion instruments on the asphalt. Today the musicians Alexis Degrenier, Stéphane Garin and Thomas Bonvalet intend to pay homage to the street music imagined by this celestial tramp from the beginning. With the help of a singular instrumentarium designed for the occasion, they find themselves, for the duration of an urban performance, in the shoes of this forgotten genius.

“Amaury Cornut, proposes to focus on the genius American composer, Louis Thomas Hardin dit Moondog, after dedicating him his first biography in French (ed. ‘Le Mot et le Reste’ 2014). Without Moondog, there would have been no Robert Wyatt, no John Cale, or even Radiohead as we know them, but not many people know that. Moondog is one of the great figures of the 20th century music. That was worth a lecture. ” The Moov’