With ‘LA COLONIE DE VACANCES’ + JULIEN DESPREZ or WILL GUTHRIE

Settle into Julien Desprez’s stroboscopic circle for the first ceremony, then be surrounded by ‘Colonie de Vacances’ [Summer Camp]’s four stages where, engulfed by amphitheaters of optical and quadrophonic effects, you will become part of a pacifist battleground. 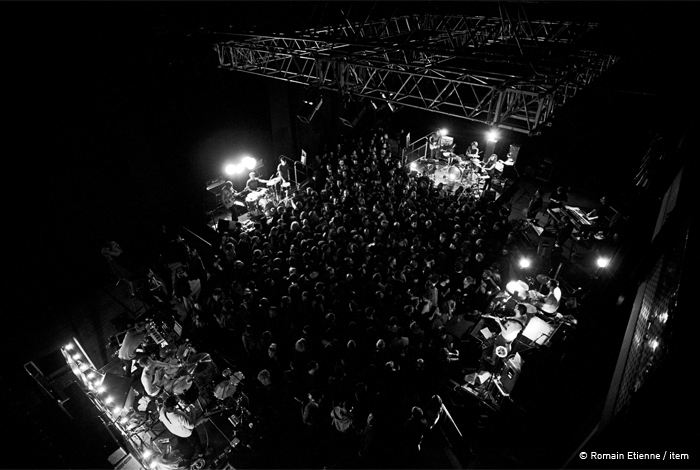 Rather than an ordinary gig, ‘La Colonie de Vacances’ is a proper live show creation. It is celebrated and acclaimed as one of the most unique and exciting project of today’s live music scene.More than just a concert, ‘La Colo’ is a unique device that owes as much to the culture of sound systems as it does to Stockhausen, and offers an immersive experience at the heart of a quadraphonic device that brings together four groups on four stages surrounding the audience. After starting in 2010, by playing pieces from the repertoire of each group (Electric Electric, Pneu, Marvin, Papier Tigre), ‘La Colonie de Vacances’ becomes a mutant project that can be transformed according to the desire of one or more composers playing a performance around 1H30.

An unconventional approach to the guitar, which evokes a dance, has been created by a mix of manual actions on the instrument coupled with footwork on the effect pedals. The body thus became central to the artistic quest. A radical lighting composed by three very powerful and reactive white LED bars operated by Julien with pedals, controlling the very simple, sliced, incisive light effects directly from the stage. 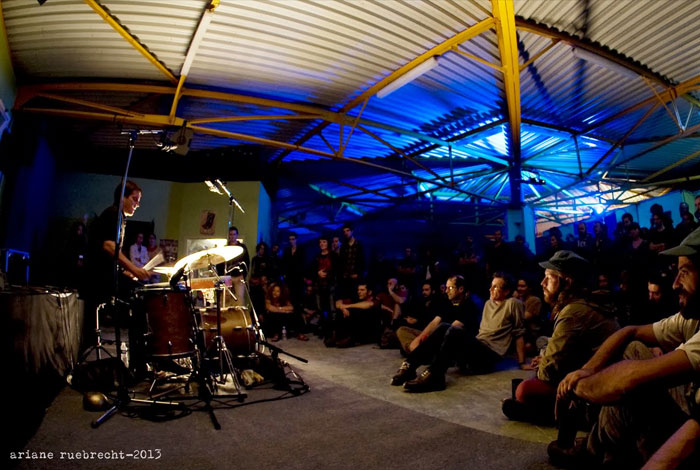 Anyone who’s ever seen him in concert knows how multiple this man is. However, his “multiplicity” does not concern the diversity of his projects but the fact that he is a “plural” musician in the true sense of the word. It’s not a solo that can be heard, it’s a matter of many people. Will Guthrie makes several voices speak. He becomes an ensemble. And a damn serious ensemble that is akin to collective rituals. It’s a community at work. We listen to each other most of the time, respond to each other, cut each other off, too. One raises the tone, another soliloquy as an aside, and always the tension between these speeches is palpable. A colony of little beings all clapping in rhythm but not the same one while the master of ceremonies sounds the knell. An incessant swarming, a permanent agitation but which does not advance. A repeated beat, but never the same. Like millions of contractions to hold still.