So we can’t write about this record and avoid mentioning a few anecdotes. In these times when so-called gripping life stories abound around pop music artefacts, you will agree that it would have been silly of us not to do it. Indeed, Ramona Córdova aficionados and lovers are well too aware that seven long years have come to pass since the release of his first album, ‘The Boy Who Floated Freely’. If he was a house music DJ, seven years would equate at least two careers in a row; if he was just an averagely famous songwriter, this would be heavy gamble. But because he is simply Ramona Córdova, this means nothing more than a few travels around the world, a string of doubts, a slightly longer than usual moment of reflection.

These last 7 years, our friend from Kingman, Arizona spent them wandering about; roaming between the flats of friends in the suburbs of Paris to abandoned homes he found on his travels; tending to his chickens in rural upstate New York, before flying on a plane with no money in his pocket to perform in México; sailing to the canary islands to search his roots, before getting kicked out by undercover police for an overstayed visa, or feeling the fierceness of a winter in Alaska broke down on the side of the road fixing his truck. Here, there, over there, by whatever unconventional means he got himself there, he also booked himself some shows, mocking his own renowned falsetto which, in the tornado of enthusiasm the neo-folk music scene, had more or less launched his career. On a darker note, he sometimes got lost and got unlucky to the point of spending nights in the streets of the big cities. Of course, we don’t doubt for one instant that this last anecdote is a blessing for our promotional plan; but we mostly quote it for the light it sheds on the song collection that is ‘Quinn to New Relationships’.

Which doesn’t mean that it’s a penniless record. A surreptitiously conceptual album (even if the only openly conceptual thing about it is the attempt to finish off a second album), it is a highly fleshy and sensuous record, the songs of which exist less through their more or less hazardous chord progressions than through the merry-go-round of events which Ramon plays at the foreground with his voice, his gestures, his strange exploits on the guitar or the piano. One can hear that clearly through the contrapunctual arrangements of gifted cellist Gaspar Claus (In Finé) soothed by those of Brazilian cellist Dom La Nena and Ukranian harpsichordist and pianist Marina Vozynuk (Harpsichord-spinet), Here, you won’t hear those damn pizzicati and carpets of strings that you’ve been hearing over and over in every goddamn pop music record of the last 50 years but rather a mousse of more or less rational events which are indebted both to The Left Banke and The Zombies and to arid free improvised music, but which above all arrange the stream of contradictory sentiments, up to now left unexplored in pop music, which run free in the songs. That was the least Ramon and his companions could do to illustrate what is, at the core, a romantic diary, even if it is sung encoded so as to refresh the passion behind the vocals.

In seven years, Ramon hasn’t only grown up, matured and mutated: he shed his skin as an artist. Now we throw the listener a challenge: try and find an equivalent, within all the currently existing musical genres, both indie and mainstream, to the little shed Ramona Córdova has built himself in the woods. Seven years of intense travelling and groping in the dark, this is exactly the time a folk music songwriter needs to become a great artist. The good news is, now that he’s all grown up and great, Ramon only thinks of one thing: the future of things to come. 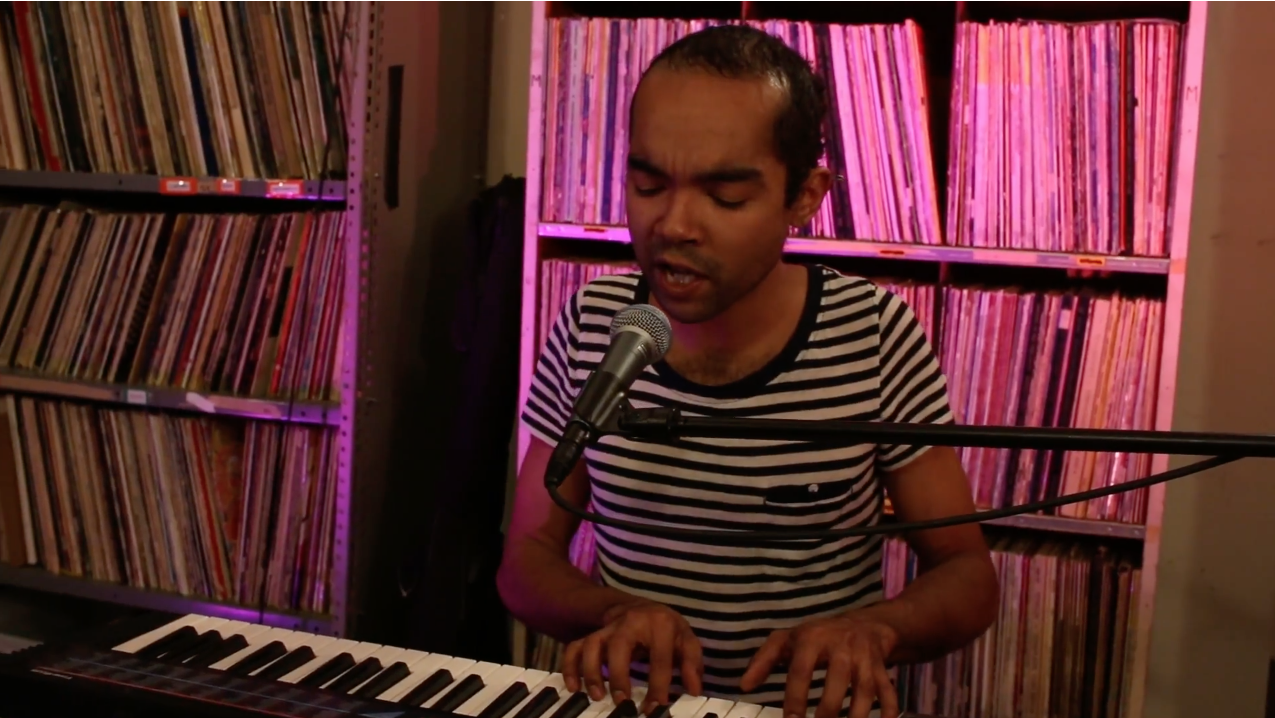